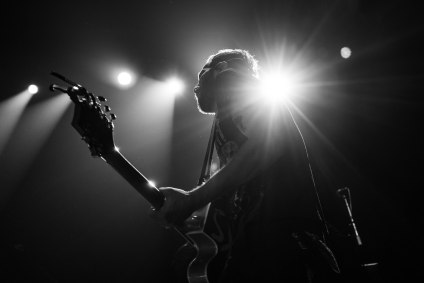 “Chicago is the best fucking city for rock and roll,” touted Josh Ostrander as he and his bandmates opened for X Ambassadors Friday night. While I obviously agree that Chicagoans really show up to get down at shows around the city, it was nice to hear it from an artist, since the crowd’s energy can have such a profound effect on the course of the night.

I had seen Mondo Cozmo a few years ago and was excited to hear the number of fans cheering them on and singing along during their set. Ostrander & Co. played favorites off of the 2017 debut album Plastic Soul as well as a smattering of songs from the new EP Your Motherfucker. If the people in the crowd weren’t already fan, they were easily hooked by Mondo Cosmo’s rock attitude and sweeping beats! The songs were soul-rattling with a dept that shook everyone to their core.

The band’s high outpouring of energy kept the attention of concert-goers and little chats between songs gave us a glimpse into the creation of many of the songs. As it turns out, the song “Plastic Soul” was written after shortly after Bowie died, and in the lyrics, Ostrander ponders love and time travel. Spacey and fantastical, the Bowie influence can definitely be felt on the track.

So cheers to Mondo Cozmo–hard rockin but always humble! 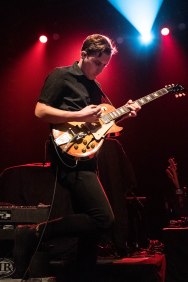 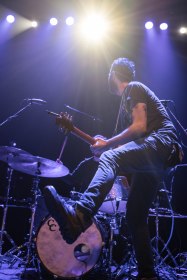