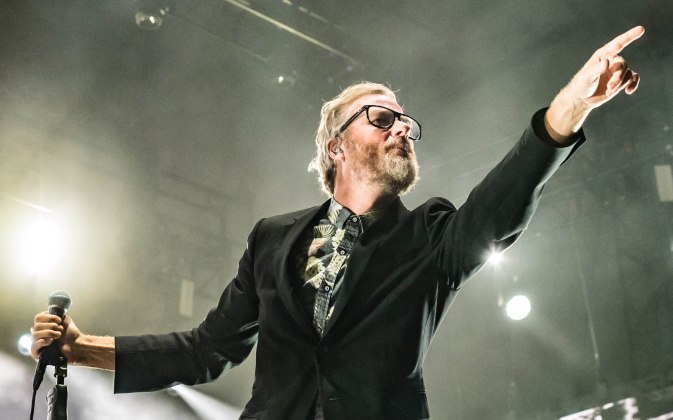 Fans making their way to Northerly Island for The National’s concert on Friday were turned away after the venue spotted lightning nearby. After evacuating for about 30 minutes, the storm (if we can even call it that) passed, and fans were let back into the venue with an altered schedule for the night. Thankfully, the venue had gotten permission to go past their usual sound ordinance and guaranteed us that The National would still be playing a full set, as originally planned. As I waited to enter the venue for the second time that night, I was surrounded by excited chatter of the band’s recent setlists, where singer Matt Berninger had recently eaten in Chicago, the surprise show they did earlier that afternoon at Revival Food Hall, and their love for the new album.

By the time The National took the stage, the hot, steamy day had been replaced by a cool summer breeze and clear skies. The band entered the stage and the crowd lost their minds with excitement. Whether it was their 9th time seeing the band live or their first, the rain delay seemed to magnify the excitment and gave a sense of urgency to their cheers. The National’s stage setup had video panels surrounding the band on three sides which made for some stunning visual displays. Early in the set while I was still in the pit, Berninger took off his jacket, revealing a tropical patterned shirt beneath. Fans went crazy, and the ones near the barricade started yelling about his belt and belt buckle, and I figured I must be missing some inside joke with The National.

The band played a whopping 24-song setlist Friday night, about half of which came from their 2019 album I Am Easy to Find. The new material translated well into the live arena, and their tried and true material sounded just as vibrant as ever. Long-time fans of the band seemed overjoyed that songs like “Son” and “Santa Clara” were back on their setlist after having been absent on previous tours. Berninger is a master lyricist, and when coupled with his passionate delivery, he is capable of making listeners feel a wide array of emotions within a few hours. The singer made many concert-goers’ dreams come true as he ventured out into the crowd during one of their songs. You could almost see their minds exploding as the singer made his way around and fans took pictures or adoringly touched him as he passed. The night ended euphorically with the crowd singing along to “Vanderlyly Crybaby Geeks.” The National ups their game every time they come through town. Whether they’re bringing new material, returning old favorites to the setlist, or getting up close and personal with fans, they create a memorable, new experience for fans with every show. 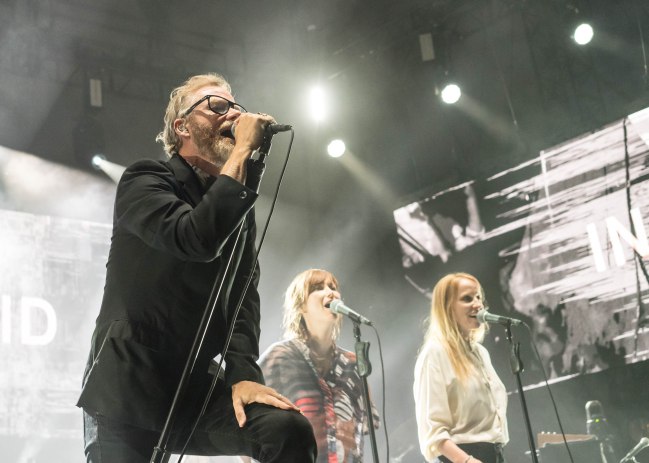 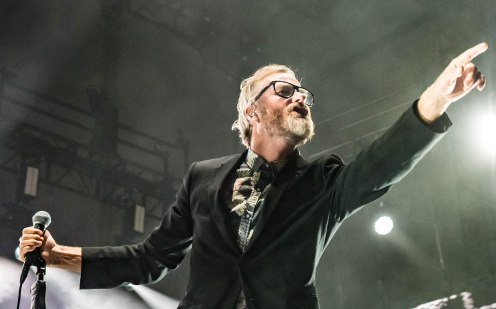 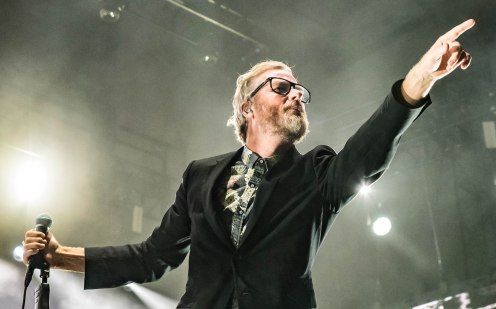