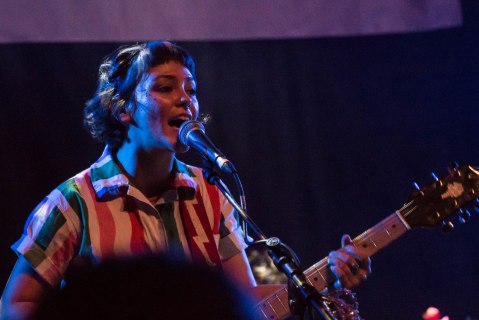 Do you remember the 21st night of September? Yes I do, and Earth, Wind & Fire’s “September” will forever remind me of Diet Cig’s show last Friday. Taking the stage to the funky jam, Diet Cig instantly set the tone for their entire night–having fun, being yourself, and enjoying great music in good company was the priority. Right in line with their views, they announced at the start of the show that they wanted everyone to be respectful of their concert neighbors and to not touch anyone that doesn’t want to be touched. With that, the band opened their set with “Sixteen,” a song about the singer’s unfortunate sexual experience with someone of the same name when she was 16. The band tore through their set with high energy and oozed positivity and love throughout. Despite the fact that singer Alex Luciano was in a leg brace after tearing her ACL on stage a few months earlier, she was jumping around and doing high kicks the entire night. During “Barf Day,” the band became aware that it was a crowd member’s birthday and after the song ended, they invited birthday boy James up to the stage and the whole crowd sang happy birthday to him. The band’s outpouring of energy and self-esteem boosting affirmations was unwavering, and their set left concert-goers feeling at peace with the world. Diet Cig is definitely a band everyone should experience at some point in their life! 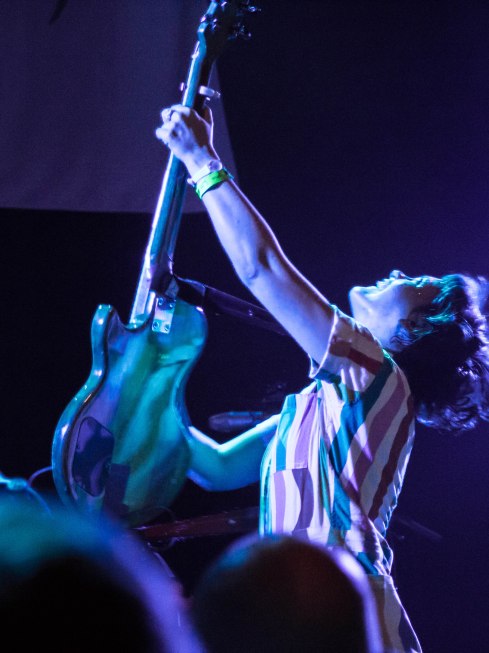