Hi. We think we have a crush on you. You have everything we love in a band–creative compositions, uniquely beautiful vocals, a sense of humor, and the ability to evoke emotions in the listener. No joke, within a single set, those at Schubas felt everything from joy all the way to fear as they switched from funky upbeat melodies to the more menacing and sinister ones. It was richly layered, expertly delivered, and lovingly received.

Bent Knee’s drummer had recently had surgery on his leg (go figure), so Adam, of opener Gatherers, has been subbing in at recent shows. The band was incredibly appreciate of not only him stepping in, but also for people giving their band a chance and elevating them to “semi-obscure” band status. Singer Courtney Swain says the band will be back in December and we are already looking forward to it! Great set, guys! 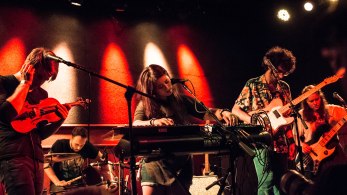 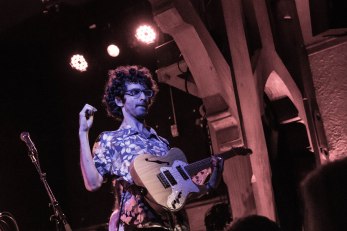 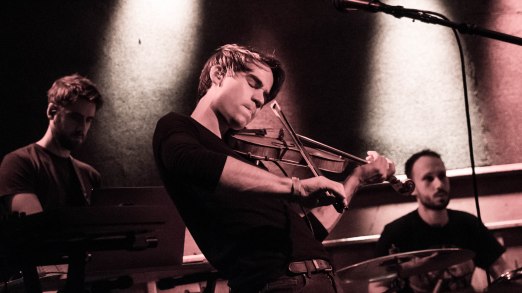 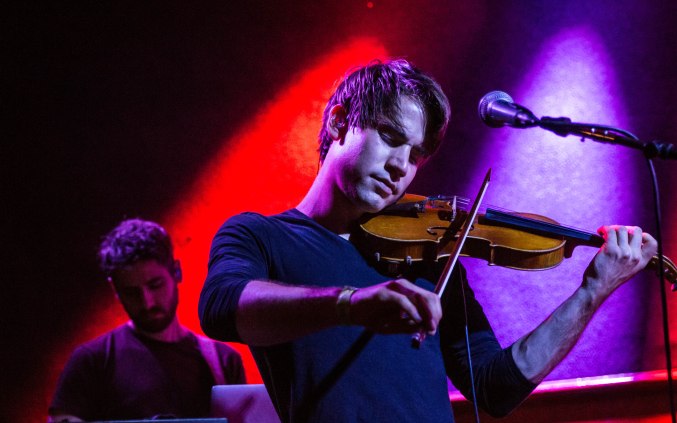