After 6 years of radio silence, the indie rockers out of Chicago have finally made their way back to the music scene. Lightlessness Is Nothing New was released  earlier this month by the (now) trio and is largely about the death of frontman Dave Davison’s father.

Maps & Atlases played Lincoln Hall in the city where it all started some 14 years ago. The band’s setlist for the night was pulled largely from the new album, but about half of the songs were favorite from their earlier albums. Throughout the years, fans never lost faith in the band. In a quiet moment between songs, someone in the crowd warmly said “welcome home,” which made both fans and the band smile. To check out their new album, click here. 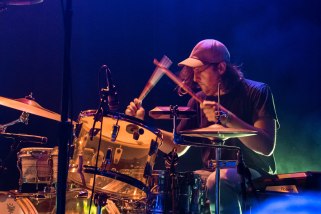