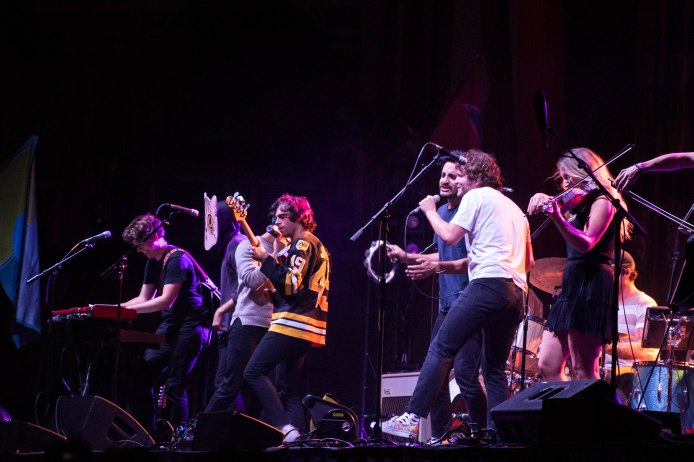 Aaaaah, the Ra Ra Riot and Young the Giant show is one I wish I could play on repeat.  The city was already on a high from the Cubs victory two days prior, and the excitement in the city was bubbling over.  The two bands, who ooze positivity, brought out their A game for the final night of their tour. 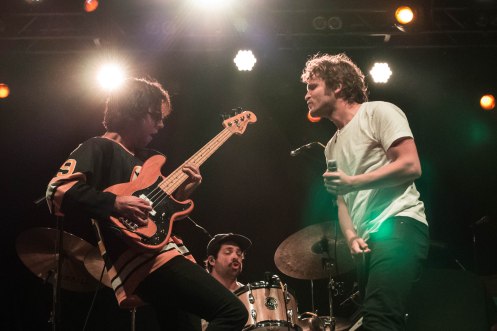 I had never seen Ra Ra Riot live before, but I immediately thought of Arcade Fire when I saw the mix of band members and instruments on stage.  Ra Ra Riot played a whopping 13 songs, and had he crowd dancing immediately.  About half of the setlist came off of the band’s newest release, Need Your Light, and the guys of Young the Giant even came out joined them onstage for “Water.”  I wasn’t sure if they joined up for every show, or just for our final show in Chicago, but their joy was infectious.  Seeing bands play together and enjoy each other’s company always makes me happy.  I’m sure both bands are leaving with some great memories. 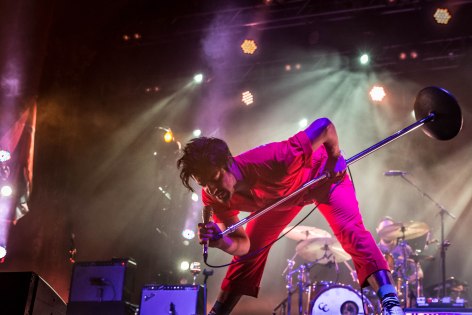 The Young the Giant set featured and action packed setlist, lots of fan participation, and champagne.  Singer Sameer Ghadia’s buttery voice, unending energy, and saucy dance moves surely left the ladies in the front three rows pregnant.  Being their last show on the tour, they played an extended setlist of 18 songs, one of which was “Ignition (Remix)” by R. Kelly.  The encore incited one of the wildest dance parties I’ve seen at Aragon in many years, and Ra Ra Riot joined them for the final songs. 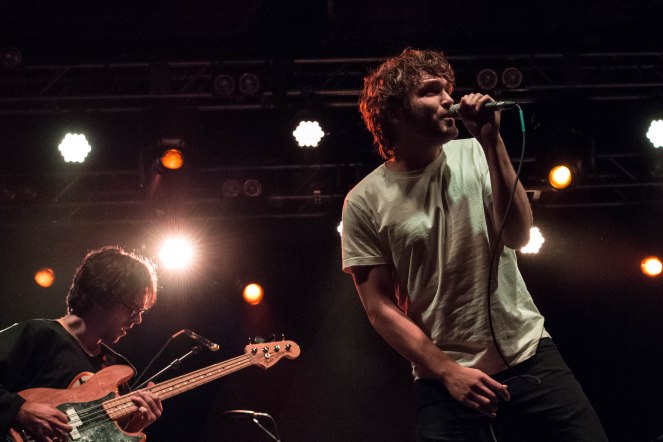 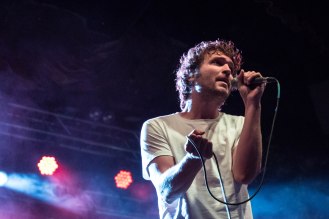 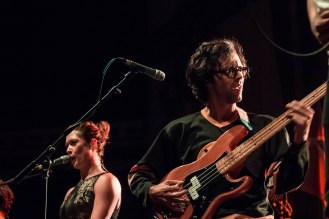 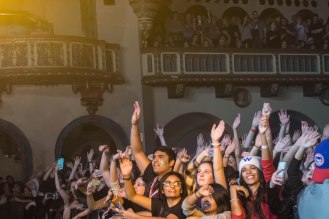 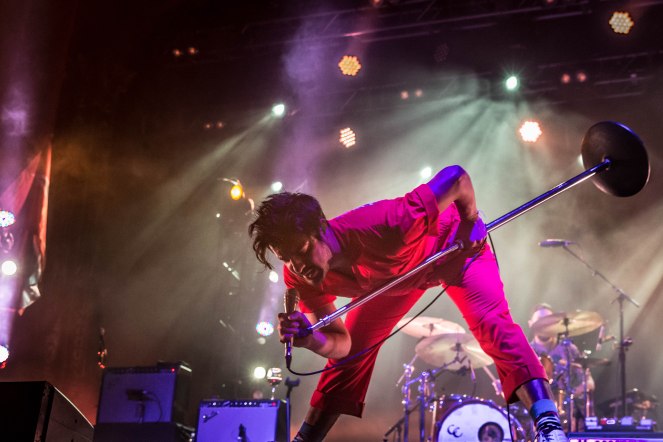